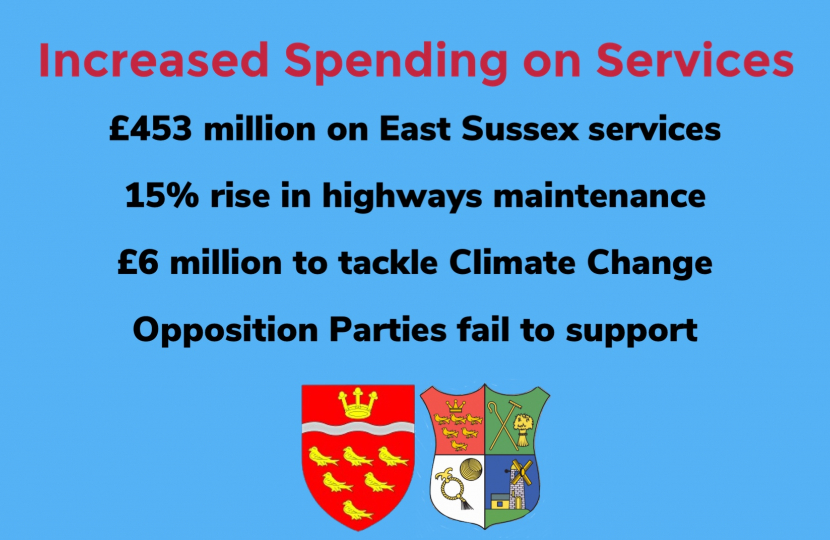 At East Sussex Full Council on February 8th we passed a £453 million budget for the financial year 2022/23.

This budget provides a significant uplift to spending on local services, including an additional £31 million on roads and pavements, representing a 15% increase in the ten year highways maintenance plan. Additionally, we voted a further £6 million to tackle Climate Change (on top of £3 million voted at the end of last year) to help the Council to address decarbonisation of its activities.

This increased spending takes place against a backdrop of many other local authorities cutting spending on services; it comes in no small part as a consequence of the often hard choices and prudent management decisions that Conservative-run East Sussex have made over the last decade.

The 15% rise in highways maintenance is something that I campaigned for in last May’s elections, and comes on top of the additional £5.8 million spending on highways patching, pavements, and road safety, also voted towards the end of last year. I’m pleased that we have been able to make an early start on addressing this priority.

Wednesday saw a good turnout for the first Hailsham Annual Town Meeting since 2019.